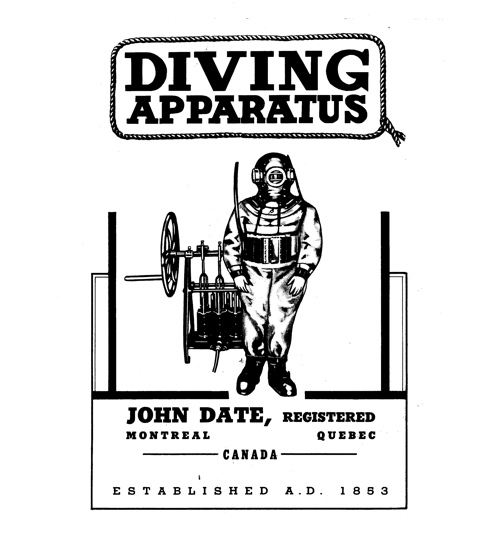 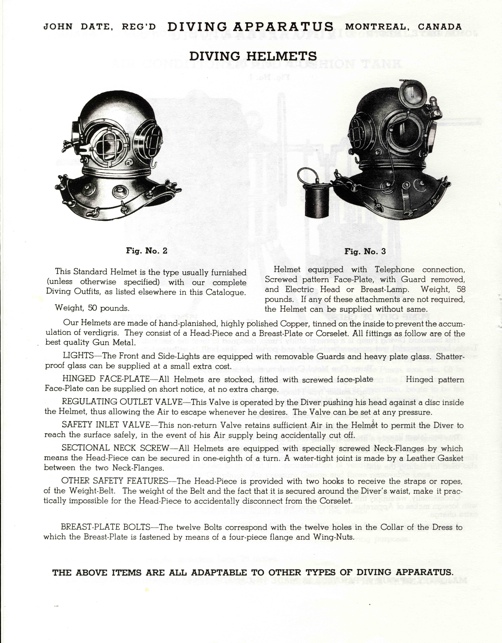 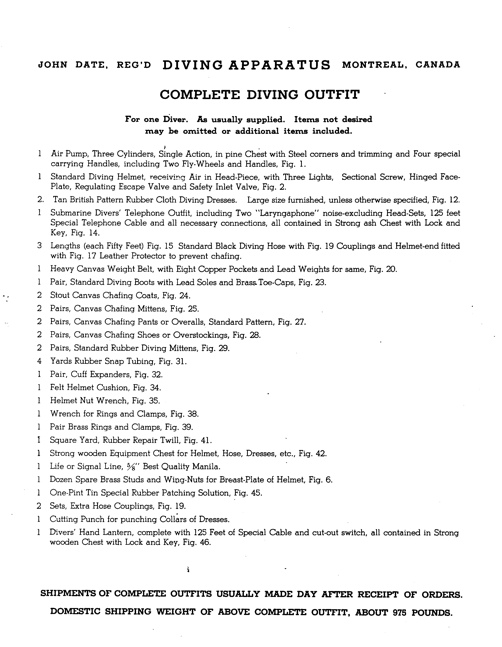 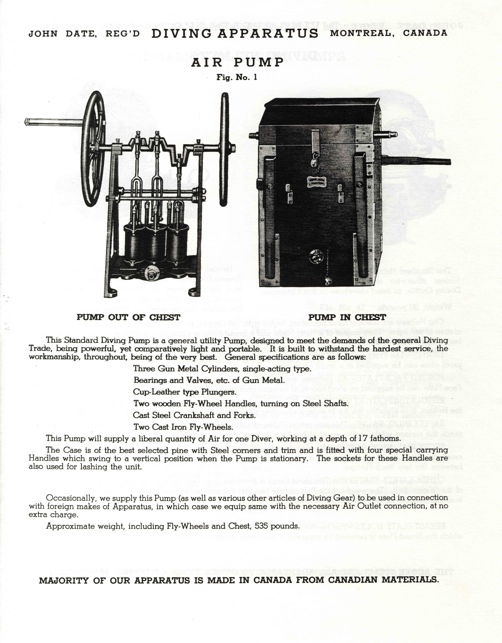 International diving helmet collectors eagerly seek the work of Canadian coppersmith and brass-molder John Date for their collections, but few are aware of the momentous project that allowed his entry into the trade of deep-sea diving helmet fabrication.

Quebec’s ‘Victoria Bridge’ was constructed during the period of 1854 to 1859, crossing the St. Lawrence River to link Montreal with Saint-Lambert on the southern shore. The original ‘deck’ of the bridge took the form of a long structural metal tube, designed by Britain’s Robert Stephenson, son of the builder of the then-famous ‘Rocket’ locomotive. The tube was made in England of prefabricated sections and shipped to Canada by sea. When the Victoria Bridge was finally completed in 1859, it spanned a distance of 2 miles (3 kilometers) and became the longest bridge in the world. The English connection to this incredible edifice in ‘French Canada’ was obvious: the bridge was named after Queen Victoria, erected by a combination of UK and ‘Canadien’ iron-workers, and officially opened on the Queen’s behalf by the Prince of Wales, heir to the throne. The construction of the Victoria Bridge was a part of an incredibly ambitious scheme called ‘The Grand Trunk Railroad’, in which the colonial government sought to establish a commercial route to link the Great Lakes with the Atlantic Ocean at the ice-free U.S. port of Portland, Maine.

The construction of the Victoria Bridge utilized a considerable number of professional divers – primarily English – but with some Canadian and U.S. submarine tradesmen in the mix. The diving gear used during the construction was virtually all supplied by the well-known UK firm of Siebe, Gorman. The St. Lawrence River froze over at the bridge crossing point for several long months each year. The divers, working on the bridge piers, labored under extreme ice conditions that took its toil on these hardy men and, most particularly, on their equipment.

John Date was born in England in 1823 and immigrated to Canada before his 20th birthday. Date had apprenticed at a young age and was a skilled metal-working tradesman. He established himself as a ‘brazier’ (welder/forger), coppersmith, gasfitter, plumber, and brass founder – all under the name of ‘John Date Limited’, located in Montreal. When the divers working on the Victoria Bridge needed repairs to their helmets, air pumps, and all associated fittings and rigging, they found John Date a competent and reliable workman who also took a great interest in repairing and even modifying their trusty Siebe Gorman equipment.

By the time the bridge was completed and the diving crews dispersed, Date had already tried his hand at building his own diving helmets: at first, simply copies of the S/G equipment but later, a simple, rugged, helmet that carried his own innovations. The ‘Date helmet’ also had a distinctive elegance of shape and the unmistakable cachet that goes with being very ‘well-made’. Ultimately, Date produced four different ‘styles’ or ‘types’ of diving helmets – differing mainly in weight, height of bonnet, position of exhaust valve, and whether supplied with telephone housing and gooseneck.

John Head Date died in Montreal in 1909, following a long illness. By that time, John Date Ltd. had been supplying helmets and deep-sea diving equipment for half a century and was a successful and well-known business – selling into North-eastern Canada, the US, the St. Lawrence Seaway, and both sides of the Great Lakes. The business management had been ceded to Date’s sons and son-in-law years previously and it continued to supply commercial and even SCUBA equipment well into the middle of the 20th century – a history spanning more than a hundred years!